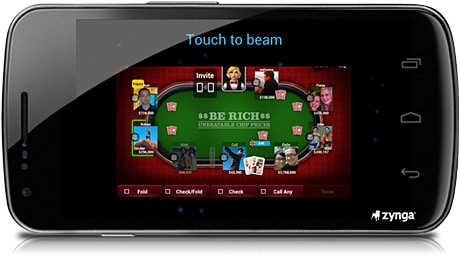 The NFC functionality uses Android Beam to enable players with an NFC phone to invite a friend to join them at a live poker table.

Zynga Poker was the company’s first title, originally launched in 2007 as a Facebook social game.