The European Commission is set to green light the creation of a joint venture company to bring NFC to market in the UK, according to the Financial Times. 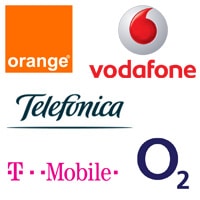 Project Oscar, first announced in June 2011 and originally due to go live by the end of that year, is a partnership between Telefónica UK, Vodafone UK and Everything Everywhere — the owner of the UK arms of Orange and T-Mobile.

Objections to the establishment of the joint venture have been raised by British mobile network operator Three, which was not invited to join the venture, as well as by Google and PayPal.

Now, however, the service could get the go-ahead as early as this summer, the report says:

Two people with knowledge of the discussions said that the commission indicated that it would allow the venture to proceed with few or no remedies, although they cautioned that the investigation was still continuing and there was not yet a firm decision.

This is in spite of objections from alternative platforms such as Google Wallet and the fourth operator in the UK, Hutchison Whampoa’s Three. All parties and a commission spokesperson declined to comment.