Japanese mobile operator KDDI will offer the world’s first phone with both NFC and Felica support from this summer. 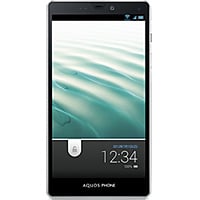 The Sharp Aquos Phone Serie will support Japan’s widely-used Felica contactless payment system as well as the NFC standards used in the rest of the world. The inclusion of standard NFC also means the device can offer Android’s Beam sharing features.

The handset, expected to be available in late June or early July on KDDI’s Au network, features a 4.6-inch 1280 by 720 display, is waterproof and dustproof, and runs Android 4 “Ice Cream Sandwich”.

In January 2012 KDDI became the first Japanese operator to offer a commercial NFC service. Softbank and NTT Docomo are expected to launch NFC services of their own later this year.

Japan’s mobile network operators have announced plans for a staged migration from the country’s Felica-based Osaifu Keitai payments system to NFC and formed a consortium to plan and manage the transition in December 2011.