The NFC Forum and Wima have announced the finalists for their jointly-run Tap Into Innovation: NFC Global Competition 2012. 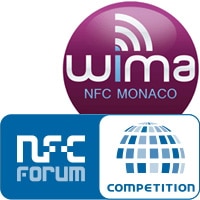 This year’s competition attracted three times as many entries as the previous contest in 2010, the organisers say, and covered a broad span of consumer and business application areas, ranging from new approaches to established applications such as mobile couponing, mobile payment and retail merchandising to inventive solutions in new fields such as social media, fitness and health, and cloud-based functions.

The field has now been narrowed to three finalists in each of the three award categories, as follows:

The winners will be revealed at an awards ceremony during the Wima Monaco tradeshow on 12 April.

“We have been very impressed with the range and diversity of entries that were submitted to the competition this year,” says Joanna Merchie, Wima’s executive director. “Our finalists’ innovative uses of NFC are opening our eyes to the far-reaching applicability of the technology, and building anticipation for the announcement of the winners and the demonstrations of their solutions at Wima.”