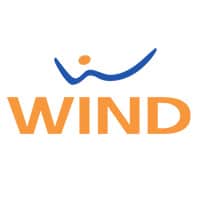 Wind employees taking part in the trial are being equipped with a Samsung Galaxy S II NFC phone they can use to access the company’s Rome headquarters, replacing their traditional corporate ID badge, and to make purchases at drink and snack vending machines.

The NFC SIMs being used in the phones were supplied by Gemalto while Thales Italy implemented the access control system and human resources systems specialist ADP provided time and attendance readers.

“NFC represents an important step towards the reality of ‘mobile money’ and ‘mobile interaction’, in which the SIM will play a key role as a means of personal authentication,” says Wind’s Maximo Ibarra. “This technology offers a great opportunity to simplify daily actions and is likely to change the habits of millions of customers.

“Commercial applications based on NFC technology,” Ibarra adds, “will be possible only through an ecosystem that involves the active cooperation of all actors involved: Telephone operators, operators of payment systems, merchants and service providers. The ease of use and security of the system will make it a success and bring clear benefits to customers.”