The NFC joint venture between three UK mobile network operators has now filed for approval with the EU to go ahead with the scheme, code named ‘Project Oscar’, the Guardian reports, despite on-going objections from excluded carrier Three. 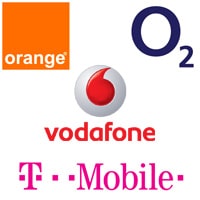 “The EC’s competition directorate received the application on Monday night and has 25 days to either agree, require amendments or extend its investigation,” the newspaper says. “The Office of Fair Trading could also ask for the application to be referred back to the UK.”

Project Oscar participant O2 already has a mobile wallet in closed beta testing, Mobile Magazine reports. “‘We have had a trial process and are broadening out the trial base,” O2 UK CEO Ronan Dunne has told the publication. “A product in the financial services [sector] shouldn’t be like a standard voice product. It’s about people’s money and security. So there’s beta testing in a closed group, rather than extending it out to the market.”