Turkcell now has 50,000 active users of its Cep-T Cüzdan NFC mobile wallet service, the Turkish carrier’s Ergi Şener has told NFC World, and plans to expand the service to include mobile coupon and loyalty services in the near future. 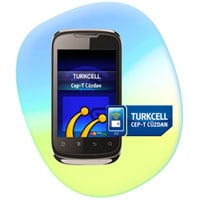 Turkcell plans to add many more NFC phones in the near future, Şener explained. The carrier is working with Blackberry, Samsung, Nokia and Sony to introduce their handsets to the Turkish market and will also be introducing additional own-branded T-series NFC devices.

An NFC shopping wall, similar to the QR code-based service introduced by Home Plus in Korea, is also to go on trial soon.