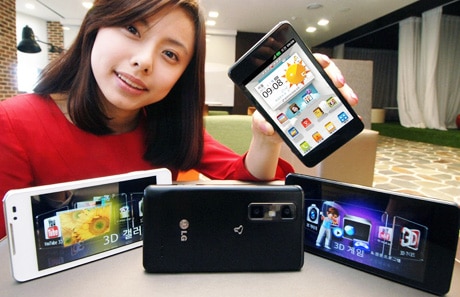 LG has unveiled another NFC smartphone, its second this week, in the run-up to the Mobile World Congress.

The LG Optimus 3D Cube is an Android smartphone set to be released in Korea by SK Telecom. The handset’s selling points are a glasses-free 3D display along with 3D video editing, as well as a pair of five megapixel cameras to capture 3D video.

The device also features LG’s Tag+ system, announced earlier this week, which uses NFC tags to set up phone features according to the user’s location. The phone maker suggests this can be used to put the phone into ‘sleep’ mode at night, or ‘auto’ mode when the user gets into their car.

Reports of a LG phone with 3D and NFC first surfaced in January, when the handset was referred to by the code name CX2.