The wireless product specialist has revealed high-end headphones and a speaker dock, both designed by Philippe Starck, which incorporate NFC-initiated Bluetooth pairing for smartphones. 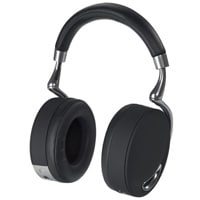 High-end gadget maker Parrot has unveiled wireless headphones which incorporate NFC as a pairing option. The company has also added an NFC-enabled speaker dock to its line-up.

The Zik headphones, designed by Philippe Starck, allow users to simply tap their phone to the NFC-enabled ear piece to initiate a Bluetooth connection, which can be used to listen to music or to take phone calls. The headset also features a capacitive touch sensitive control panel so that listeners can change tracks and adjust the volume using swiping gestures, and motion sensors pause the music when the headphones are removed. The headphones also have an active noise cancelling system to cut out ambient sound. 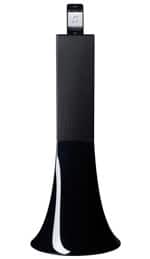 The Zikmu Solo, also designed by Starck, is a single wireless speaker which allows a Bluetooth connection to a smartphone to be initiated via NFC. The speaker can be connected to over WiFi to stream music from most devices, and also has an iPod/iPhone docking station and 3.5mm jack input.

Both products are expected to be released early in 2012 with prices yet to be announced.