An online straw poll conducted by mobile industry association the GSMA has found that card schemes should lead the investment on merchant NFC terminals. 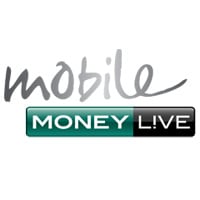 One half of the respondents to a GSMA Mobile Money Live online poll said payment processors, such as Visa and MasterCard, should be responsible for leading investment on NFC terminals at merchant locations.

Respondents also showed a significant lack of support for the suggestion that banks were in the best position to introduce NFC merchant infrastructure themselves. No respondents voted for banks as being the best placed to carry out that role.