85% of terminals shipped worldwide will be contactless-enabled in 2016, driven by increased proliferation of contactless cards and, especially, rapid adoption of NFC-enabled cell phones, ABI Research predicts. 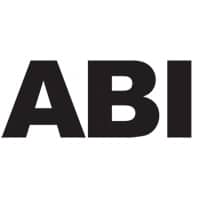 “Contactless has the potential to change the way we pay for goods completely, significantly reducing time spent queuing at the point of sale,” says ABI senior analyst Craig Foster.

As well as retail points of sale, contactless has advantages in the vending machine sector, says ABI, because:

“Contactless technology is also in the very early stages of adoption in ATMs: rather than inserting the card, a customer waves it in front of the machine and enters a PIN,” adds ABI’s M2M practice director Sam Lucero.

In 2010, only about 10% of total POS terminal shipments included some form of contactless technology, according to ABI’s Cellular-enabled POS Terminals, ATMs, and Vending Machines report.