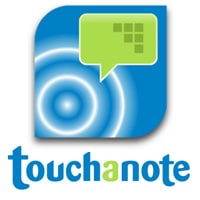 The Touchanote Android app is designed to turn any object or place into a digital reminder. A sticker placed on a refrigerator can be used to instantly open a grocery list on an NFC phone, for example, or a sticker on a remote control can launch a video that reminds the user how to operate it.

“Thanks to the Evernote platform, Touchanote marks the beginning of an era of interaction with objects and places of all kinds ” says Hamid Zaidi, the entrepreneur behind the project.

Touchanote has been picked as one of six finalists in the Evernote Developer Competition. The winners are to be announced on 18 August.