Nokia‘s upcoming N5 Symbian smartphone will come with NFC, according to an FCC filing spotted by Wireless Goodness. 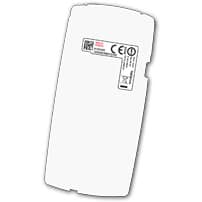 The device, referred to in the filing as the RM-701, will support 3G bands for both T-Mobile and AT&T in the United States.

While the documents don’t explicitly refer to the N5, Wireless Goodness speculates that the RM-701 is the same device based on the shape and siting of FCC compliance sticker shown in leaked pictures of the handset.

It is not yet known if the device will support secure NFC. Nokia today confirmed that its C7 and N9 models don’t carry an embedded secure element or support SWP-based NFC SIMs, meaning that they can’t be used in mobile wallet applications.