US mobile payments provider Blaze Mobile has been granted a patent for its NFC payment sticker and mobile wallet solution. 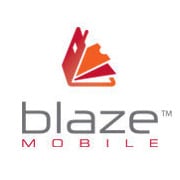 Blaze Mobile’s service allows users to download a free Blaze Mobile Wallet app to their phone and then use it to make payments using an NFC sticker attached to their phone. Blaze first introduced its NFC payment sticker in 2006 as a way to get around the lack of NFC phones on the market.

“We realized in 2006 that we could not build a business with one NFC phone on the market, so we brainstormed about ways to upgrade existing cell phones, and the NFC payment sticker was one of our ideas,” says Michelle Fisher, founder and CEO of Blaze Mobile.

“After we invented the sticker and filed several patents, we started meeting with potential partners and sending out samples for potential partners to test. Unfortunately, even with signed NDA’s, sticker clones started appearing in the market. I’m happy that we have patent protection, which will hopefully inspire other entrepreneurs to keep innovating.”