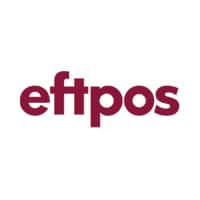 Mansfield said that Eftpos is planning to bring together as many industry stakeholders as it can to develop the best way to deploy near field communication technology in the Australian market by 2012, all the while panning the recent spate of lacklustre NFC trials.

“Rather than having a pilot, let’s say to move forward and develop a business case and move along,” he said, adding that the 2012 deadline was optimistic considering the amount of consultation required between industry stakeholders.

“It’ll take a while, but I’m not worried about that to be honest. If we can come to market with a sustainable proposition some time in 2012, then that’s great. We can do more pilots, but … I think we’re a bit piloted out to be honest,” Mansfield said.

The council’s final product would be a reference of NFC best practices for Australia, Mansfield goes on to explain, but ePal isn’t planning to require that its findings are adopted by the industry.

“We don’t have a role to play in making an industry standard, but we’d produce a document for our partners to digest to determine the best way to deploy near field communications,” Mansfield told ZDNet. “We don’t need to invent more standards.”

Last month, ANZ Bank reported an overall positive response to a mobile payments trial it conducted using microSD format NFC devices — but decided not to progress with microSD as a contactless payment platform as the technology “did not meet all of our requirements.”