The value of global mobile transactions will grow from US$241 billion in 2011 to more than $1 trillion by 2015, a compound annual growth rate of 56%, according to Yankee Group‘s latest Mobile Money Forecast, part of a new Mobile Money Strategies research service. 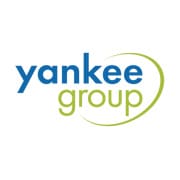 “That growth, coupled with 500 million mobile banking users around the world in the same time frame, presents an enormous opportunity for both new and established players in the mobile money ecosystem,” Yankee Group explains.

“We are on the cusp of a burgeoning mobile money marketplace, one where first movers will gain a significant strategic advantage,” says Gigi Wang, chief research officer at Yankee Group.

• Yankee Group is running a one day NFC summit during its 4G World event in Chicago, which runs from 24-27 October 2011. The programme for NFC: Enabling New Revenue Opportunities on 26 October is being developed in conjunction with the NFC Forum.