Motorola is rumoured to be introducing two new NFC-enabled phones in the first quarter of 2012, according to DroidLife. 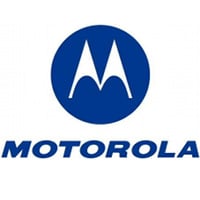 The report, which the site cautions it has not been able to confirm from a second source, reveals that the two high-end devices are known as the Bullet and the Jet:

We’ve been tipped to two new Motorola devices under development that will be the first from Moto to run Nvidia’s new Tegra 3 (Kal-El) quad-core processor and are currently scheduled for either a Q1 2012 unveiling or release (We’re thinking unveiling — CES 2012 anyone?).

Motorola Bullet: Bullet (obvious codename) is the non-keyboarded of the two. Will sport a 4.3-inch qHD screen, Tegra 3 (Kal-El) quad-core processor, at least 1GB DDR2 RAM (possibly 1.5GB), 16GB on-board storage, NFC chip, and a redesigned sensor to provide its new 12MP camera with amazing photos. This phone will launch before the Jet.

Motorola Jet: Jet (another codename) is the keyboarded version of the two. Will sport a 4-inch qHD screen, Tegra 3, 1 to 1.5GB of DDR2 RAM, 16GB on-board storage, same new 12MP camera as the Bullet, NFC chip, and a fully redesigned chicklet-style keyboard.

Motorola said last month it will only add NFC to its smartphones when it believes the market is ready, although the firm went on to unveil an NFC-enabled mobile computer earlier this month — a seven-in-one device that combines mobile communication and secure contactless transaction capability.