Google has dropped support for QR codes in its Google Places service, the company has confirmed. 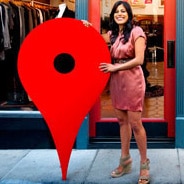 Google Places has been using both QR codes and NFC tags in its location-based marketing services in the US cities of Portland, Austin and Las Vegas. Now, support for QR codes has been dropped and it looks as though only NFC will be supported in the future.

“Users will no longer find unique QR codes in their Places accounts. We’re exploring new ways to enable customers to quickly and easily find information about local businesses from their mobile phones.”