British firm Aconite has said it is working to bring contactless payments to South African public transport, to allow commuters to use near field communication (NFC) enabled phones to pay fares.

The smart card and mobile technology consultancy has announced a partnership with Proxama to bring NFC technology to mobile devices, which can then be used in the same way as the contactless cards that are being introduced through the South African Transit project. 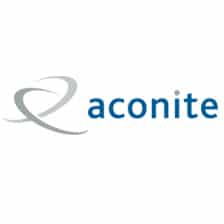 Patrick Regester, Aconite’s SVP of sales and marketing, said the service was the “next logical step” in the use of NFC on the country’s transport service.

“This deployment builds on solutions implemented with our partners, Traderoot and Proxama, and demonstrates the next logical step in the use of contactless applications for ticketing and general retail payments now that NFC mobiles are becoming more readily available,” he said.

Proxama’s CEO and founder, Neil Garner, added the project was just one of a range of solutions his company aimed to roll out this year.

“By employing NFC technology for this solution, it will allow companies to extend their customer interfaces in uses such as proximity marketing,” he said.

“This is one of the first of many mass market uses of NFC we will be delivering in the coming months that will offer tangible customer benefits and turn the potential NFC has promised into the reality of a powerful consumer proposition.”